Prague Tip: Visit The Narrowest Street in the City 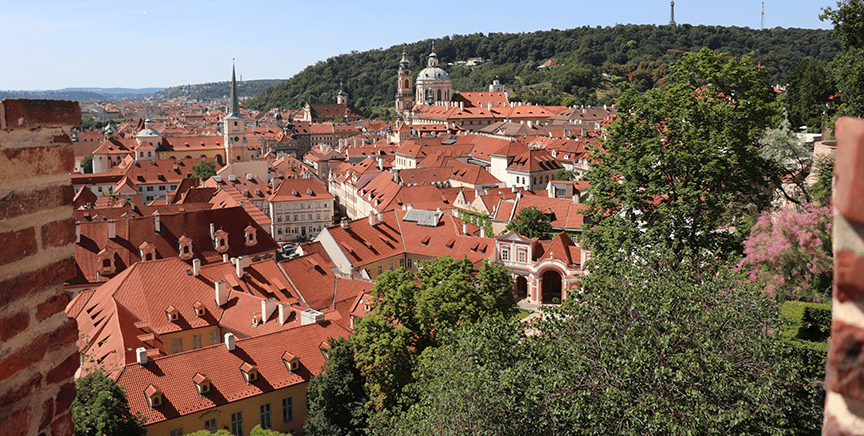 Vinárna Čertovka is known as the narrowest street in Prague. It is so narrow that it needs its own traffic light to prevent pedestrian traffic jams. Located in the Malá Strana, the city’s oldest neighborhood, Vinárna Čertovka is a must-see attraction when you visit Prague. The street is 19.6 inches wide and is more of a staircase than a street.

Since only one person can squeeze through at a time, a traffic light was installed on either end of the street. A person waiting on one side can press a button to alert anyone on the other end that they want to pass.

No one was waiting at either end of the day we were there, and I had the opportunity to capture this gem of a photo. The narrowest street in Prague.

Because it is such a tourist destination, we found it simply by entering The Narrowest Street in Prague on google maps. If you don’t have google maps, the street is located right off of U Lužického semináře street, and find house number 24. No one was waiting on either side of the street, so our group could easily pass with the green light. Location of the Narrowest Street in Prague

The History of the Narrowest Street

Mala Strana, which means “Little Side” in Czech, is one of the most historic neighborhoods in Prague, dating back to 1257*. Its proximity to Prague Castle, the cobblestone streets, and the medieval architecture make this a must-see area of the city. I was researching the history of the street and didn’t find much information. This trip advisor post says that the street was one of the last fire brigade passes left in Prague. That piqued my interest, and I decided to do more research. Stay tuned! I will also share my Prague trip recap and tips in an upcoming blog.